It’s time for another celebration., ‘Navarathri’. A festival that has great significance in every part of India and has been celebrated from ancient times, tracing it back to Maharaja’s period. The Navarathri Festival during his period featured music, dance, other arts, vedic chanting, Grandha pooja, Ayudha pooja, scholarly discussions and debates on the puranas. Though the poojas continue, many of the other activities have been given up leaving music concerts (and to a lesser degree, dance) the most prominent place in the festivities.

The music for the Navarathri concerts as we hear them now was composed by Maharaja Swati Thirunal. He composed nine krithis in the ragas Shankarabharanam, Kalyani, Saveri, Thodi, Bhairavi, Panthuvarali, Shuddha Saveri, Nattakurinji and Arabhi, to be sung as the main piece on each day. During the first three days the Devi is worshipped as Saraswathi; as Lakshmi during the next three days and as Durga on the last three days.

Participate by singing, playing your favorite instrument or dancing to any Devi krithi composed by Maharaja Swathi Thirunal. 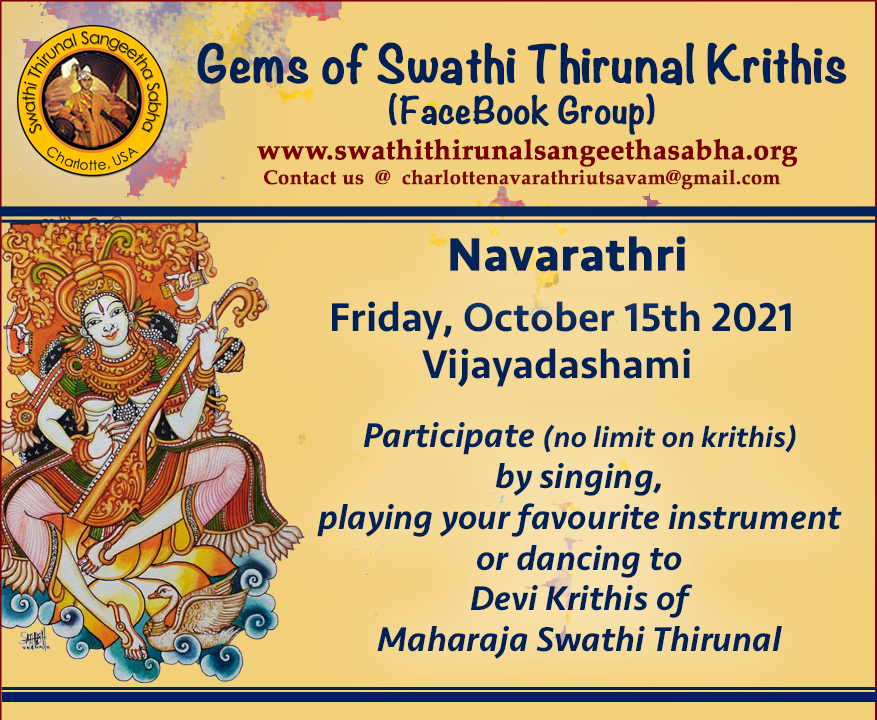